Though weather delayed it for two weeks, the Derby-Shelton Rotary Club Installation of officers for 2019-2020 finally took place at Brownson Country club on July 11 and a great time was had by all present. 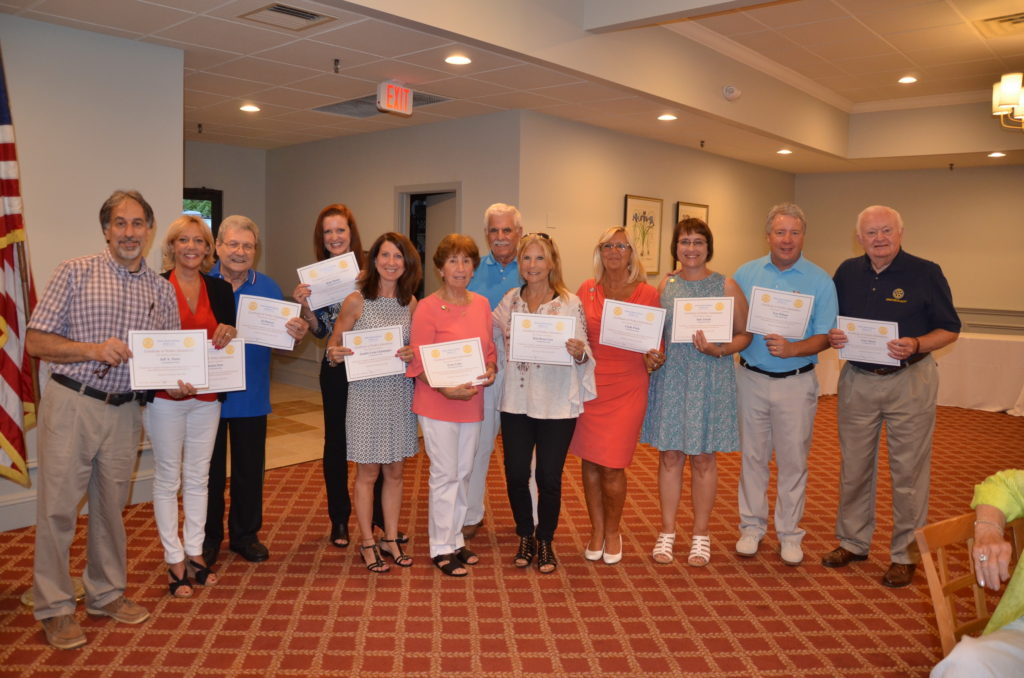 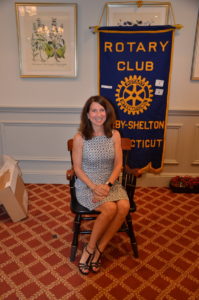 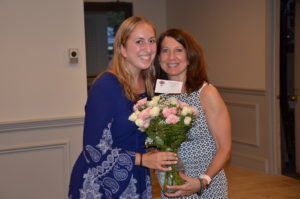 Attention then turned to the accomplishments of the past year as Jen gave her “farewell” address as president in which she highlighted some of the extraordinary achievements of the past year. Then it was time for the club to thank and acknowledge Jen for here leadership in making it such a great year. Club Secretary Jeff Forte did the honors in presenting Jen with her gavel, president’s pin and the very special Hitchcock Chair that is a Derby-Shelton Club tradition. Thank you Jen for your hard work, dedication and enthusiasm during the past year. Jen’s daugher Amy made the evening just a bit more special by presenting her some special floweres accompanied by brief remarks about how proud she is for her mother’s achievements.

After a break for dinner, it was time to install the new slate of officers headed by President Tom Wilson. Derby-Shelton member and Assistant District Governor Cindy Fitch did the honors by swearing tom in and presenting him with his president’s pin. 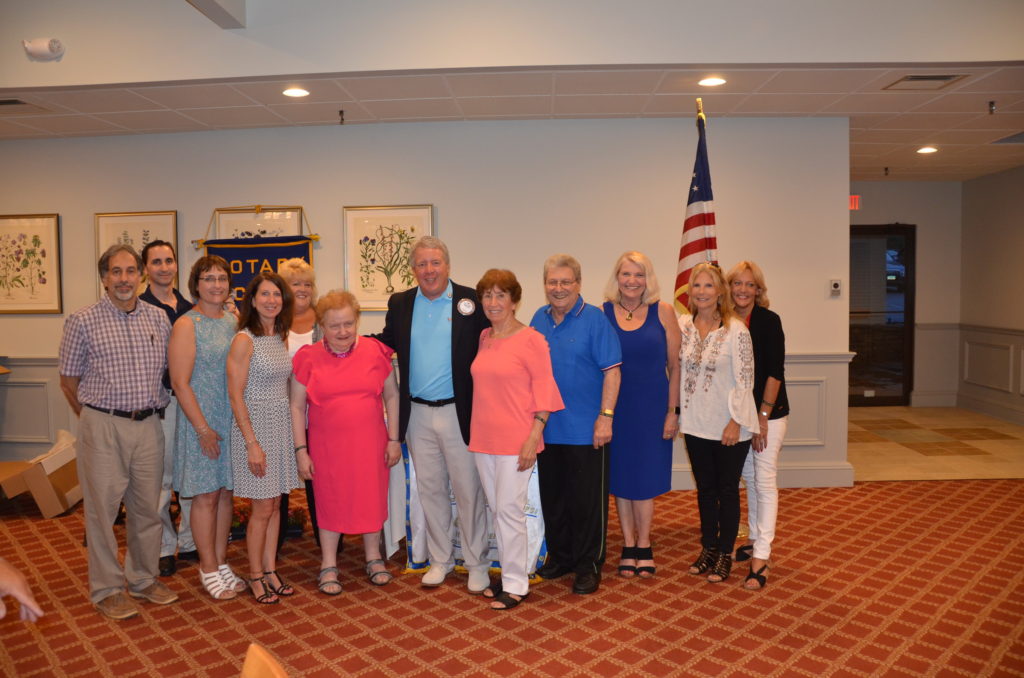