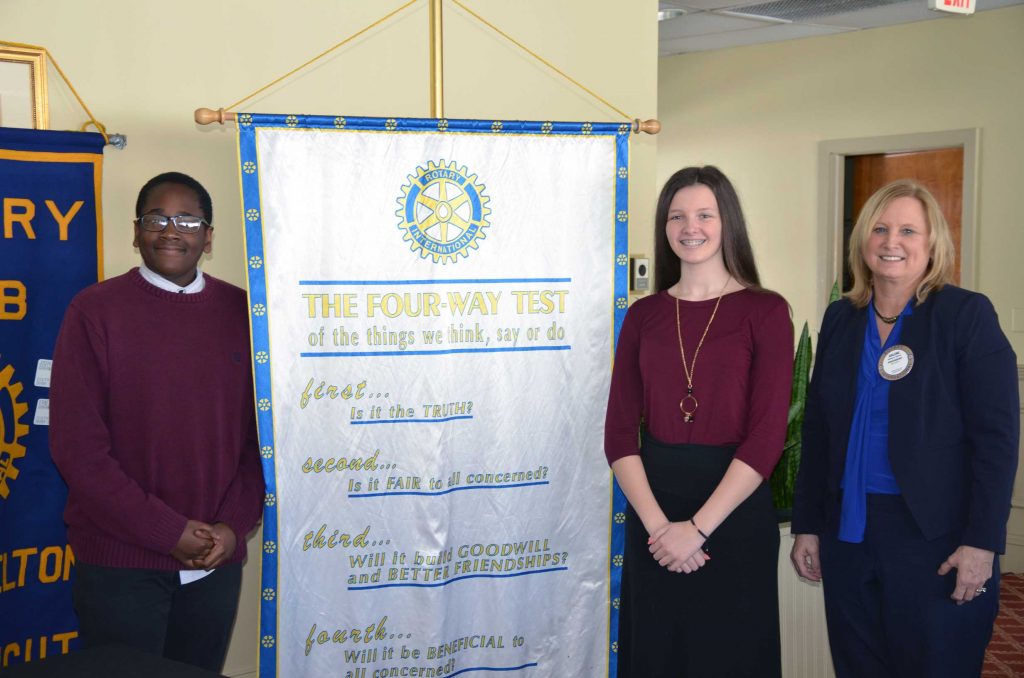 Derby-Shelton Rotary had two outstanding speakers for its annual Four Way Test speech contest on March 16. The contest is held annually with the winner advancing to the Rotary District 7980 Regional competition which will be held on April 1. 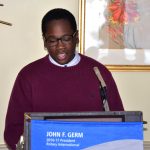 Mehgan Pineau emerged as the winner in a very tight contest. She connected the Four Way Test to the images of men and women being portrayed in magazines. Manny Louime also chose a timely topic advocating that the Four Way Test should be applied to newspapers and other media.

Manny earned a $50 award for his speech and Meghan was awarded $100. Meghan now moves onto the district competition on April 1 at the four Points Sheraton in Meriden.