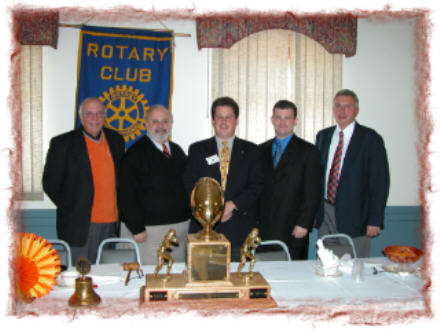 The 2002 Football Luncheon was held on November 26, 2002 at Dave Grant’s Russian Lodge with a heavy emphasis on the traditions of the game. The large audience honored senior members of the football, cheerleading and pom pom squads at Derby and Shelton High School prior to Thursday’s annual Turkey Day showdown to be held in Shelton this year. Each squad broke back a graduate who participated in a previous Thanksgiving Day game, and Adam Greco who played for Derby in 1996 and Tony Piccolo who played for Shelton in the 1963 game inspired today’s players with their own experiences from their game and the role that it played in their life.

In addition to the alumni speakers, the coaches from both schools described their seasons and their hopes for the game and introduced their seniors. Mast of Ceremonies Jack Walsh highlighted the history of the game with selective anecdotes from games played over the last 75 years. The rivalry started in 1904 and moved to Thanksgiving in 1918. After 91 games, the series is tied at 42 wins apiece with seven ties. 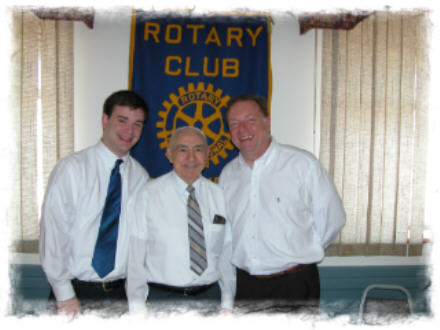 Nick Frosceno (Center), star of the undefeated 1941 Derby High School football team was a special guest at the luncheon.

The audience was also surprised by the attendance of Derby’s Nick Frosceno who starred for Derby High’s undefeated 1941 team. His block of a punt in the Ansonia/Derby game that was recovered by Jack Lundy for Derby’s only score in a 7-3 Derby win and is considered by many to be one of the greatest  moments in Derby High School football history. 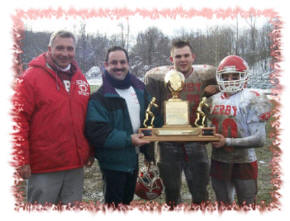 Derby won a very exiting game by a score of 13-12. It was also the last game for Derby coach John Oko. Click here for the story and some additional photos.