Skip to content
Home » News » Changing of the Guard 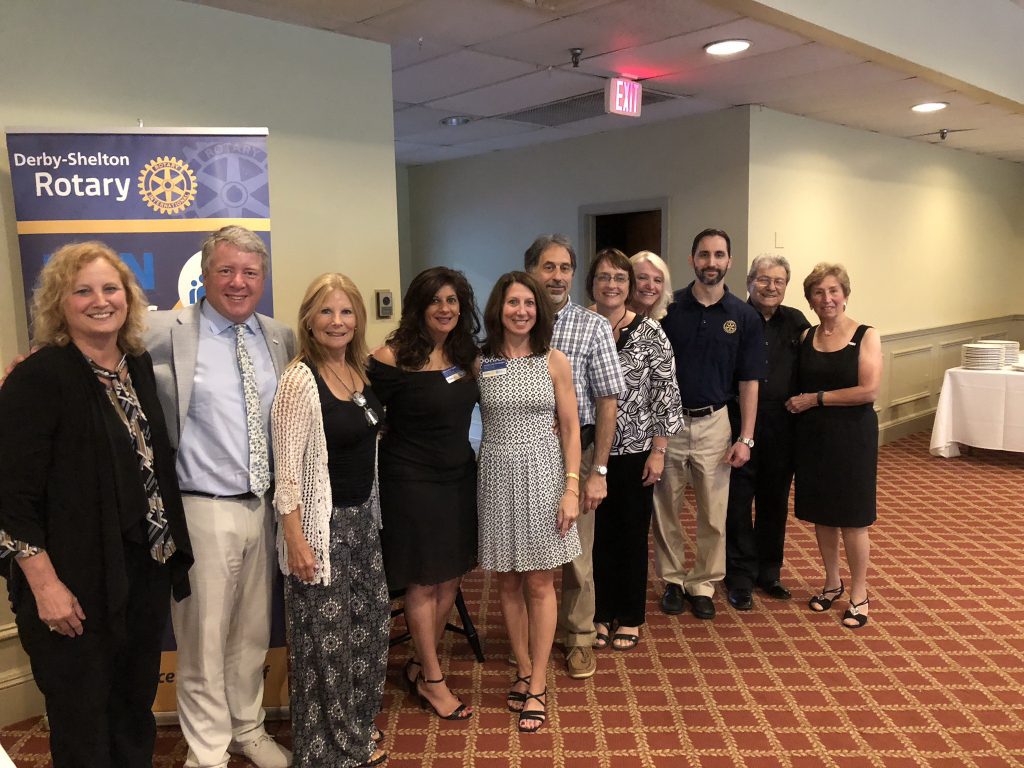 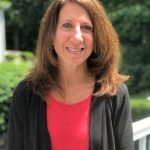 A new Rotary year means a new administration and Jen Luise Champagne was installed as the new club president at a special dinner at Brownson Country Club on June 21. Jen follows Silvia Rodriguez and her installation marks a first for the Derby-Shelton Rotary Club. For the first time in club history, the daughter of a former president has been installed as the new president. Jen follows in the footsteps of her mother Ernie Luise who not only served as the first female president of the club (1999-2000) but also went on the serve as District Governor. Ernie still remains a very active member of the club.

Former President and current member Troy Adcox did some research to find out that only one other time in club history have we had a parent-child presidential team. The club was in existence for 28 years before Dr. Arthur Schpero (1955-1956) succeeded his father David Schpero (1945-1946). It took 63 more years for the second parent-child presidency. 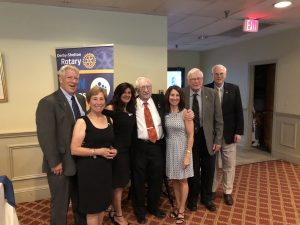 Several District Dignitaries were on have during a festive evening to celebrate the passing of the torch and to help honor outgoing president Silvia Rodriguez and incoming president Jen and her entire team of officers and committee chairs. The full slate of officers includes:

Committee chairs for the upcoming year are: